Well, I’m “featured engineer” on EEWeb today. I never expected to ever have my name featured on the same page as such luminaries as Bob Pease, Jeri Ellsworth, Howard Johnson or Limor Fried, to name but 4 of the “engineering household names” on that list!

The interview covers some of my early (and later) engineering exploits (including explosions!)

If you want to make your own Drawdio without doing any soldering, read on… 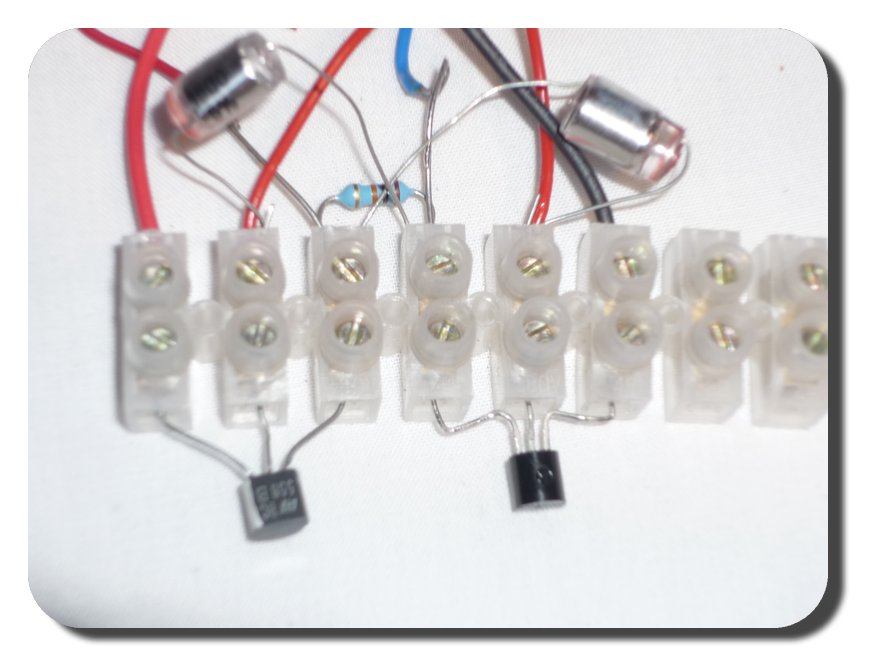 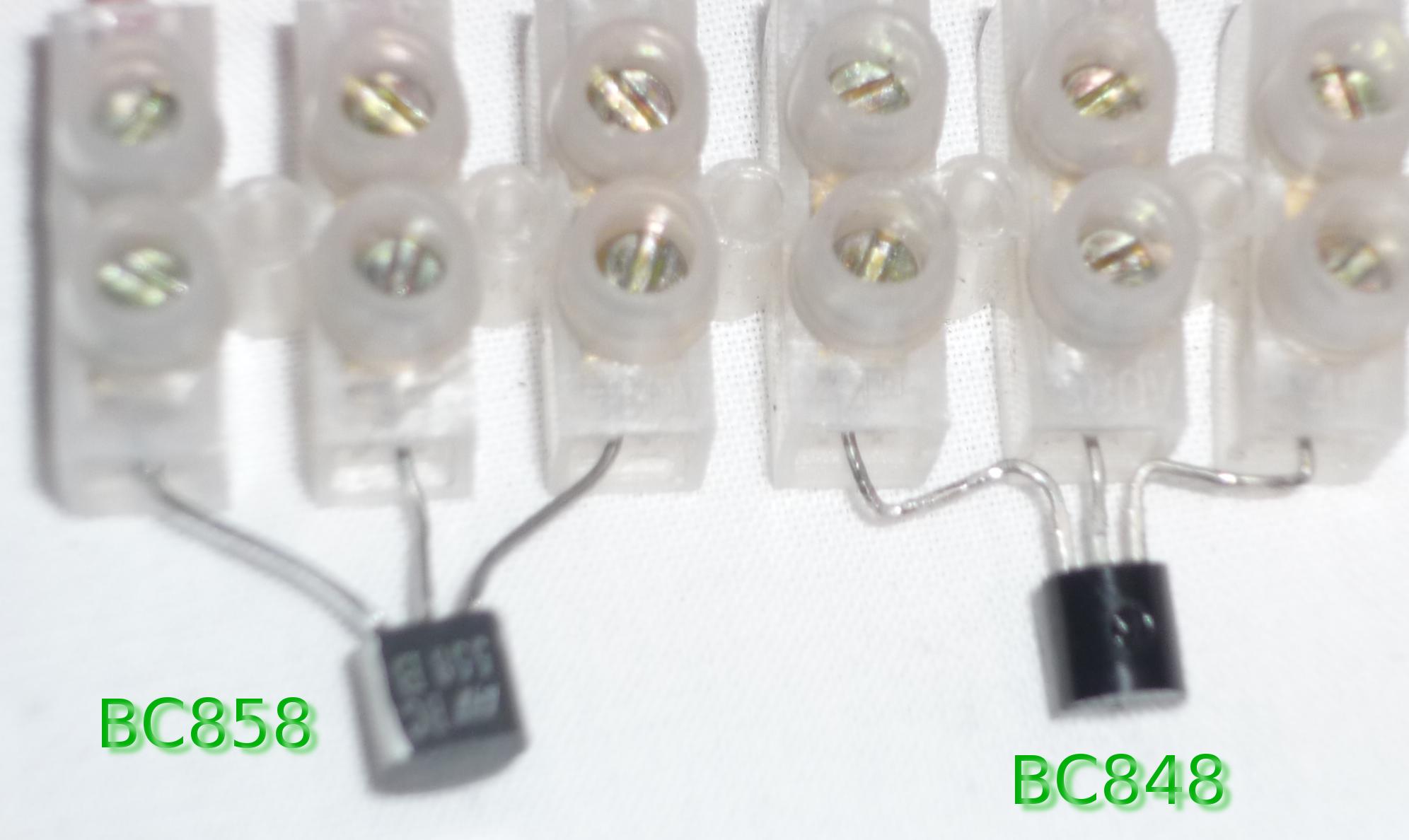 On the top row:

Finally, to prepare the pencil – take two lengths of wire. One length goes from screw 5, the other end you need to wrap around a drawing pin and push into the pencil at the top. The other length you need to strip a longer length of insulation off (about 5 cm), wrap around the pencil where you hold it, and then cover it with aluminium foil to make a good contact for your hand. The other end of this piece of wire goes to screw 2. 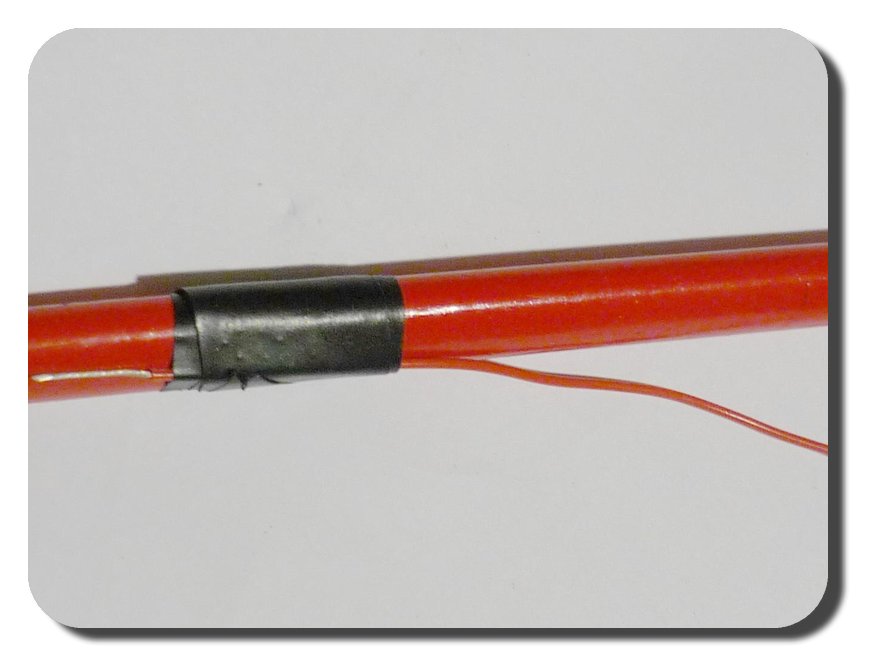 Right, it’s done – put the batteries in, hold them pencil and touch the lead to your other hand. You should be rewarded with a squeaky noise :) Draw a blob on the paper, stick your finger on it and then draw lines radiating out from it. Get someone else to hold hands and then they can do the drawing. The possibilities are endless – have fun!

The Drawdio (created by Jay Silver) combines drawing with audio. You can get kits to build one, or you can solder one up on stripboard. But I wanted to make one without faffing with a soldering iron – using screw terminal block.

So I had to design something with discrete transistors. I still wanted to work with a single cell, avoiding those nasty PP3 9V batteries, as well.

My natural first thought was a multivibrator, such as I used to build when I started out with electronics. However, the performance with such wildly differing resistances in the two “sides” of the circuit was poor with only 1.5V to play with. Searching around for inspiration, I found the 4qd-tec electronics club, which had some interesting variations on the multivibrator theme.

The series multvibrator in section 4 worked well when I simulated it in LTSpice. A couple of notes – R3/C3 model the piezo buzzer I’m using. R2 is the resistance of me and the pencil – the end of the pencil lead is the top of R2. Also, I ended up using 1.5nF capacitors, not 22nF like the circuit says.

This wire is the bottom end of R2.

So I knocked one up on a breadboard: After playing around a bit, I came to the conclusion that a single cell wasn’t going to cut it (there’s not much headroom at 1.5V when the transistor base-emitter junction drops 0.7V already). The 555 guys have it easy with their IC technology :)

Anyway, with two cells, we got some quite nice noises using a pencil with a simple bit of wire down the side for one contact and a pin pushed in the end for the other contact

The desk was quite a state by the time I’d finished plugging various resistors, measuring voltages!

You can see the waveform at the collector of the transistor – we only get 700mV. I also grabbed a movie of the changing waveform:

The time scale is 20ms per div, which matches a 50Hz pulse quite nicely – mains interference gets everywhere!

From this breadboard I was then able to move the components to the screw terminals: Success – a good night’s work! Here’s what it sounds like in use.

Now here… how to make your own!